tap-nyc
nyc compatible TAP output formatter.
I made this package because I like the Tape testing framework which produces TAP output, but unfortunately the existing TAP formatters I found never played well with the nyc code coverage package as they either produced errors or produced incorrect looking output. Further, I only want to see minimal output from my TAP formatter when all tests pass, as the output from nyc can already be bulky on its own.

To install as a developer dependency:

example usage with tapejs and nyc

Put the following in your package.json:Here's output I get for one of my projects when I run "npm t":

Here's what it looks like when a test fails: 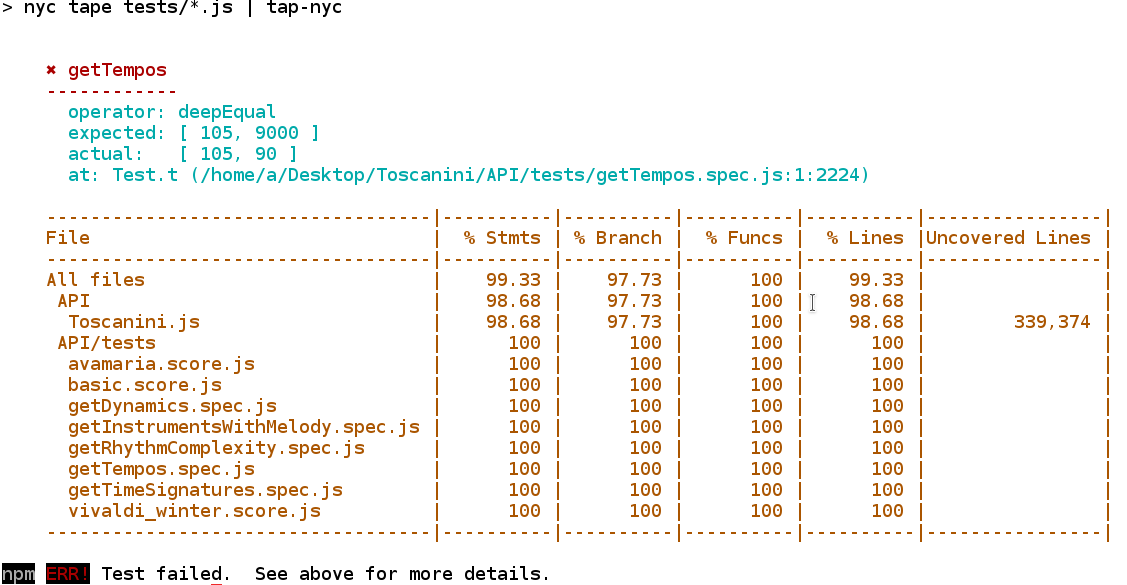